Why virtualization is critical to mobile networks

The traditional method has worked well for mobile network management during the 2G and 3G era, although the emergence of Over-the-Top (OTT) services and dynamic customer requirements placed on 4G and 5G networks have highlighted that a new approach is needed. If the status quo were to continue, mobile networks would have difficulty in scaling to meet demands in terms of connection volume and Quality-of-Service (QoS). Additionally, fixed-capacity network appliances result in inefficient management of capital resources: overcapacity means hardware lying idle, and adds unnecessary cost. Under capacity has clear implications.

Virtualization has provided a cost-effective solution to dynamic computing resource requirements for many years.  Amazon Web Services was built upon this concept, initially to support Amazon itself, it now provides the underlying cloud computing infrastructure for thousands of business’ services. Its turnover in 2019 saw $35 billion in sales. AT&T reported in January 2020 that it had virtualized 71% of its network functions. Aiming for a target of just 75% would allow them to gain 10-12% of operational savings per year. Given the investment required to launch 5G networks, this figure offers considerable benefit.

Network virtualization can be equally effective in mobile architecture, with the design based on two critical concepts:

When coupled with API interfaces, a combination of NFV and SDN can provide operators with a directly programmable mobile network that is elastic in terms of its ability to alter its architecture dynamically.  This type of capability is essential when considering the future of cellular networks: 5G services are gradually launching, with the standard heavily focused on serving a multitude of consumer, enterprise and industrial applications.

COULD VIRTUALIZATION BE THE KEY TO ADDRESSING NEW SERVICES IN A 5G ERA?

5G itself requires a virtualized core infrastructure, which becomes even more critical when considering advanced use cases such as network slicing.  Meanwhile, IoT is composed of devices across the spectrum of power use, throughput, and QoS requirements, underlining the need for highly flexible mobile network architecture, and these characteristics will tend to the extreme as 5G is introduced. For example, while 4G could be viewed as the mobile video era, 5G will count industrial, transportation and municipal customers, among others, in terms of high bandwidth video demand. At the same time, manufacturing, automotive and Augmented Reality/Virtual Reality (AR/VR) and gaming customers will demand very low latency even when they roam.

The rich set of services exemplified above will inevitably lead to more modern approaches to virtualization and telco cloud deployments, such as dynamic data routing to enable local data break-out. This is needed to bring applications closer to the edge. The first generation of cloud computing services has invariably involved the use of a managed hypervisor coupled with a virtual machine. This includes an operating system (OS) and associated dependencies to divide computing resources on the server into several instances. While this approach improves efficiency over in-house infrastructure, it does not maximize the use of the hardware available.

We believe 5G will see greater adoption of ‘bare metal’ cloud architecture, where players such as Equinix Metal (Packet), IBM and OVH offer on-demand hardware, with virtualization handled by containers. Containers remove the hypervisor and OS, allowing applications to run directly on the hardware within their own virtualized space. In turn, this minimizes the amount of hardware to run virtualized applications, opening the door to greater adoption of edge computing environments without the need for large data centers. We see access to bare metal with connectivity-as-a-service from providers such as PCCW’s Console Connect and Equinix fabric, a massive game-changer for the telecom industry, but that’s a topic for another day!

Stay safe out there everyone. I look forward to introducing you to a new series called ‘The Future of Mobile,’ where I will be inviting telecom and non-telecom technology leaders to discuss disruptive technologies and the potential impact on the mobile industry. Join me next month for our first episode and if you are interested in participating please reach out. 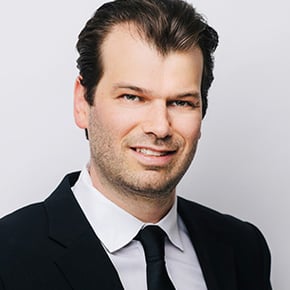 This article highlights that Covid-19 has driven the business case for accelerated cellular IoT, while examining how ...
Start Reading
Gregory Gundelfinger Dec 15, 2020 11:08:09 AM 10 min read

The hype around 5G and its promise to offer high-speed data for your smartphone has begun with all the latest phones now being ...
Start Reading